Tibet House Movie Nights is pleased to present a screening of Precious Guru (2019) with filmmaker Marc Wennberg in attendance. He will be joined by Robert Thurman, founder of Tibet House US, for a brief introductory conversation, and there will be time for Q&A after the screening.

Endorsed by His Holiness The Dalai Lama (http://triptychjourney.org/message-holiness-dalai-lama/), Precious Guru is a feature-length documentary movie that gives vivid insight into the life, times and legacy of Padmasambhava – the 8th century Indian yogi who carried Buddhism over the Himalayas into Tibet. The story unfolds against a backdrop of majestic mountain ranges and vast landscapes. It is told via the voices of people from three continents. Revered for centuries in the Himalayan regions as the second Buddha, Padmasambhava’s influence is now a global phenomenon, carried across the world by refugee lamas, following the Chinese takeover of Tibet in 1959. He is also known as Guru Rinpoche – which translates as Precious Guru.

But in contrast to the first Buddha Shakamuni, Padmasambhava is not an ascetic monk. He is a wild man who had many lovers. He is a magician who had a miraculous birth, who subdued demons and bound them to the dharma – the Buddhist teachings. He is the Buddha for our times. Beneath the tales of his fabulous exploits lies a radically relevant truth – the darker the times, the greater the potential for transformation.

Director-producer Marc Wennberg is fascinated by Guru Rinpoche. “He kept surfacing in my life and I wanted to know more about him,” says Marc. “What began as a personal exploration ended up as a film.” In 2013 Marc travelled with seven people more than 15,000 miles through the Himalayan regions of India, Nepal, Tibet, Bhutan and also Mongolia. Precious Guru is a tribute to the resonance of Padmasambhava’s realisation, which is still a vibrant reality for many thousands of people today. The voices that tell his story include Tibetan monastics and lay people encountered by Marc’s group on their Himalayan travels, accomplished lamas like Mingyur Rinpoche, western Buddhist teachers like Lama Tsultrim Allione, Lama Glenn Mullin and Professor Robert Thurman.

It took six years of fundraising, consultation, interviewing and the creative work involved in crafting and finessing a top-quality film. “We’ve received donations from more than 500 individuals across 40 countries,” says Marc, “and we’ve heard from many supporters who believe that Guru Rinpoche’s story and message is the right medicine for these dark times.”

*Members of the Tibetan community are invited to join this event for free. Please reach out to [email protected] to RSVP. 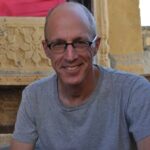 Marc Wennberg is a first-time filmmaker and full-time restorative justice consultant. His film, Precious Guru, took eight years to complete from conception to completion and was a journey of learning and then more learning. Marc lives happily in Burlington, Vermont, with his wife and cat. “I did not set out to make a film. I began this project because Guru Rinpoche’s story kept surfacing in my life, dreams, and travels and I wanted to know more. What began as a personal exploration became an idea for a multimedia project which became a production trip and finally, my first film. Precious Guru is my expression of gratitude for this journey; for the surface, depths, and beauty of Guru Rinpoche’s story; and for the Himalayan storytellers who keep this story alive and present.“ 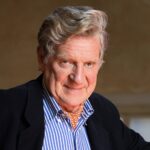 Robert Thurman is the President and Founder of Tibet House US. Known in the academic circles as Professor Robert A.F. Thurman, he is a talented popularizer of the Buddha’s teachings and the first Westerner Tibetan Buddhist monk ordained by His Holiness the Dalai Lama. A charismatic speaker and author of many books on Tibet, Buddhism, art, politics and culture, Bob was named by The New York Times the leading American expert on Tibetan Buddhism, and was awarded the prestigious Padma Shri Award in 2020, for his help in recovering India’s ancient Buddhist heritage. Time Magazine chose him as one of the 25 most influential Americans in 1997, describing him as a “larger than life scholar-activist destined to convey the Dharma, the precious teachings of Shakyamuni Buddha, from Asia to America.” 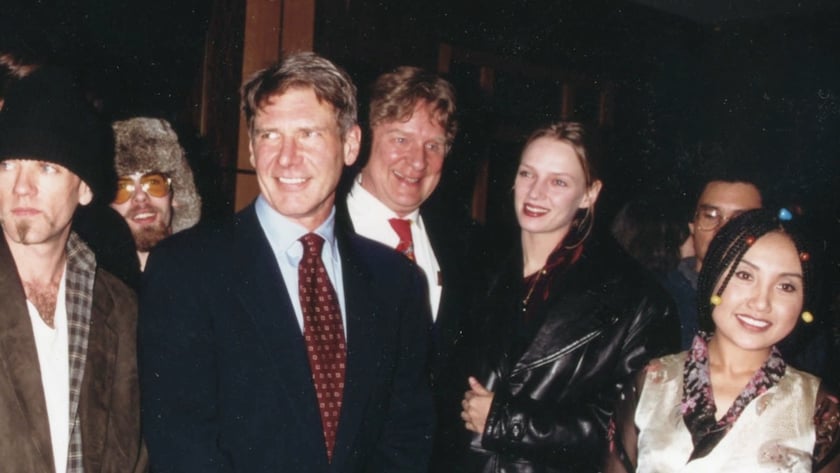